Famous as the “youth party island”, Ios never failed to live up to its reputation. However, if we put aside the nightlife panic, Ios also never stopped being a traditional Cycladic destination. In the ‘80s it was the rockers’ favorite, while later on it became well-known for the “sea, sun, sex” triangle, with young people from all over the world flocking there every summer.

Nowadays, things are more balanced: Party-goers keep on coming of course, but Ios attracts many types of visitors, from hardcore party animals and backpackers to families, couples and yacht owners. Port Ormos –or “Gialos”- is calmer than Ios’ town, also known as “Chora” or “Village”. If you disregard the endless bar and club crawl that’s taking place there, it is clearly one of the most picturesque among all Greek islands. Windmills, cube white houses and blue dome chapels (it is said that there are more than 350 on the island) mix with narrow streets, arcade alleys and the ruins of the island’s Venetian castle.

For those who got rid of the hangover, Ios has more than 30 beautiful beaches for all tastes, sandy and pebbly, organized and secluded, ideal for swimming and water sports. It also features a number of ancient monuments and trekking paths to explore. Ios might be the most “misunderstood” of all Greek islands just because of its “party identity”. Nevertheless, simply because there are always two sides in every coin, in Ios it’s a challenge to get to know both of them.

Find more information on Ios at the official website for Greek Tourism VisitGreece.gr

: Among the best beaches of all Greek islands and a true gem of Ios’ coastline. It is sandy, long, organized, popular and ideal for all activities: swimming, water sports, partying and relaxation. Nearby, you can find many touristic facilities, as well as the island’s two camping sites. 9.0

: A large, sandy, unspoiled beach with lovely waters and many amenities. Moreover, it doesn’t get packed. 9.0

: Quiet, long and organized, with golden sand and azure waters. On the hillside above it, you can see the 16th byzantine church of St. Theodoti, one of the island’s oldest ones. 8.0

: Located in a steep rocky spot at the highest point of Ios’ Chora, this church offers remarkable views of the Aegean. 8.0

: An important archaeological site, awarded for its exemplary restoration, that dates back in 2.800 BC. Its findings can be seen at the Archaeological Museum in Chora. 8.0

: In Paleokastro (aka “Old Castle”), the remains of a byzantine castle and the beautiful church of Panagia Paleokastritissa – the views from the hilltop where it’s set are truly fascinating. Also, in Homer’s Tomb, the ruin of an ancient tomb that is said to be Homer’s, set in the area of Plakoto. 7.0

: If you’ve had enough of bar-hopping, this open air amphitheatric venue will enchant you. Set at the hilltop in Chora, every summer it hosts many cultural events, while it offers magnificent views of the island and the Aegean Sea. It is named after the Nobel Prize winner Greek poet. 7.0

: If you are a cheese lover, you should definitely try skotiri, kefalotyri and myzithra, three of the delicious local types of cheese. 7.0

No text reviews of Ios exist. You can be the first one to review Ios. 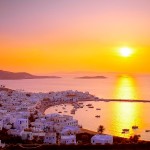 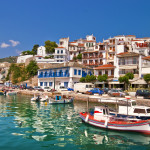 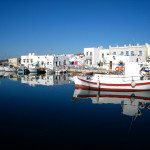 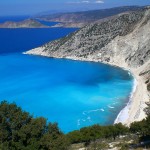