Milos, the island of Venus, has nothing to be jealous of Santorini, its other volcanic neighbor. The most valuable asset of Milos is its 70 or so beaches, some of which are among the most gorgeous of all Greek islands. Breathtaking, dramatic landscapes with colorful, bizarre rock formations and hot springs –all owed to its volcanic nature- are also a trademark. The island has a long mining tradition and used to be a commercial center of obsidian in ancient times, from which survive a number of interesting archaeological sites to see. Milos is also ideal to walk or drive, for further explorations.

The island’s rhythms are generally relaxed and it is more celebrated for its gastronomy rather than its nightlife, which is concentrated at the busy port of Adamas, the most touristic region of Milos. The island’s other populated settlements include Plaka, Tripiti and Pollonia. Plaka is the capital, featuring typical Cycladic architecture and the beautiful Venetian castle (aka Kastro, the medieval old town) that stands at its highest point. Tripiti is an area of great historic importance built on a hill, while the coastal Pollonia is the second most developed touristic resort and also a port with connection to nearby island of Kimolos.

Another beautiful settlement that illustrates vividly the life of locals is the picturesque fishing village of Klima. Its main characteristic is “syrmata”: houses with multi-colored doors, carved into the rocks by fishermen, to house their boats and nets. Similar constructions can also be found in the small port of Mandrakia village and they are as photogenic as practically everything you can see on this island. Milos has the reputation of being the favorite Greek island of couples in love – the truth is that anyone who visits it falls in love at first sight.

Find more information on Milos at the official website for Greek Tourism VisitGreece.gr

: One of the most famous beaches of all Greek islands. White surreal rocks and deep blue waters set in stunning lunar scenery made of petrified lava. Crowded, not organized. 10.0

: Small, sandy beach with exotic turquoise waters, surrounded by rocks. It’s totally worth descending the steep footpath to get there. Note also that you will need supplies. 9.0

: Set in an amazing colorful palette of vertical rocks and clean waters, its popular, sandy part is organized with a beach bar, while a little further away lays its pebbly, quieter side. 9.0

: Multi photographed, it is not actually a beach, but a group of volcanic white rocks that form sea caves, where you can swim in crystalline waters. Kleftiko, another pirates’ hideaway, is accessible only by boat. 9.0

: A truly impressive landscape “starring” a narrow fjord created by a sea cave and nearby beaches. Mind the slippery steps that lead down. It was a former pirates’ shelter and it’s located next to the ruins of the prehistoric Cycladic settlement of Filakopi, one of the earliest of its kind. 9.0

: Named after the lagoon next to it, it’s the largest beach in Milos, sandy and organized. It’s popular with water sports fans and features the only camping site of the island. 8.0

: A popular beach “triplet” of Milos, with multicolored rocks. The central, organized part is the longest one; the other one is remote and pebbly, while the third, the smallest of them all, has thermal springs. 8.0

Boat tour around the island

: The boat tour around the island is a total must and the best way to capture the magnificent overview of Milos. The routes include beaches accessible only by boat, such as Kleftiko and Gerontas, as well as nearby islets Glaronisia, Antimilos and Poliegos, cape Vani, sea cave Sykia and of course the neighbor small island of Kimolos. 10.0

: The well preserved early Christian cemetery of the island was founded in the late 2nd century AD and it’s the largest in Greece. It is located into caves 70m above the sea, near the village of Tripiti. 9.0

: The island’ s mining tradition is unfolded in the Milos Mining Museum at Adamas and also in Paliorema area, where you can walk through the remains of the old sulphur mine facilities (the oldest ones in Greece until their closure in the late ‘50s). 8.0

: Near the Catacombs lay the remains of this settlement. Among them, you can see the acropolis, the city walls, a roman theatre and the point where the famous statue of Venus de Milo was found in 1820 by a farmer. Its replica can be seen in the island’s Archaeological Museum in Plaka. 8.0

: From Plaka’s church Panagia Thalassitra or Panagia Korfiatissa. Romantics or not, this is a wonderful spectacle. 8.0

: Diving and sea kayak are popular activities in Milos. 7.0

No text reviews of Milos exist. You can be the first one to review Milos. 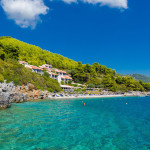 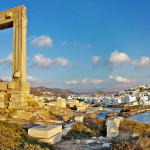 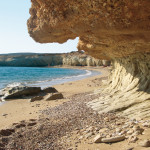 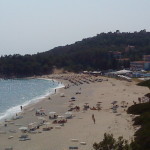