The relaxed, friendly face of Crete is graciously reflected in Lasithi. The easternmost prefecture of the island is the place where nature, history, tradition and modern life come together in harmony. Surrounded by the Cretan, Libyan and Carpathian Sea, with Mt Dikti at the west, Lasithi is wild and mild, rural and marine. It features untouched landscapes of fertile valleys and plains, numerous caves and gorges, a 300km coastline of outstanding beaches and gem neighboring islets. Moreover, a large number of archaeological sites, traditional inland settlements, castles and fortresses, churches and monasteries, are scattered in the prefecture.

Tourism in Lasithi provides high quality services to visitors from all over the world. The most popular resorts are the capital Agios Nikolaos and cosmopolitan Elounda. Agios Nikolaos, located at the beautiful Mirabello bay, has a picturesque port and stylish places to eat, drink and party, as well as some fine beaches close to town. Elounda is among the A class resorts of all the Greek islands. Luxurious facilities, famous guests and the nearby sightseeing areas and beaches make it an ideal jet-set destination. Other major settlements in Lasithi include coastal Sitia and Ierapetra. Sitia is moderately developed and welcoming. The landmark fortress Kazarma and the lively spots at the port attract many visitors, while the surrounding area is well-known for its archaeological sites and marvelous beaches, among which the palm forest seaside in Vai.

Modern Ierapetra, facing the Libyan Sea, demonstrates all kinds of amenities, Venetian and ottoman monuments and also a traditionally Cretan atmosphere. An inland tour in Lasithi reveals a multitude of peaceful and picturesque villages of archaeological and cultural virtues. Among them, almost twenty are situated at the fertile Lasithi plateau, with its landmark windmills, while others are mountainous and coastal. No wonder, then, why Lasithi attracts adventure seekers as well as laid-back vacationers: The excitement of discovering its beauties suits all.

: One of the most gorgeous beaches in Crete, among the top of all the Greek islands. The exotic Vai resembles an oasis with its large palm tree forest (the only of its kind in Europe) and fine golden sand. The beach is organized and camping is not allowed. It’s better to arrive early in the morning to avoid the crowds. Nearby, you can also find smaller and calmer shores to swim in. 10.0

: Turquoise waters and white sand, surrounded by green hillsides – a spectacular beach, ideal for swimming and relaxation. Many facilities are also available. *Nearby beaches (to the north, towards Agios Nikolaos): Ammoudara, Ammos, Almyros, Kitroplatia. 9.0

: Unspoiled and secluded, with beautiful waters and sand, this beach is located at the homonymous village. It offers a few amenities and a really calm atmosphere. 8.0

: Protected by winds, with pines all around to offer shade, this organized sandy beach is the perfect place to relax or do water sports. It is located in the settlement of the same name. *Nearby beaches: Achlia, Mavros Kolymbos, Makrys Gialos.  8.0

: Close to Palecastro village, this long, sandy beach with aquamarine waters is ideal not only for swimming, but also for windsurfing and diving. *Nearby beaches: Hiona, Maridatis. 8.0

: An isolated, pristine beach with pebbles and crystal clear waters. It is accessible only by boat or through the beautiful gorge of Chochlakia (1.5 hours hiking). Just make sure you have supplies. 8.0

: This non inhabited islet is a tropical sensation of the Libyan sea, with white sand beaches, crystalline blue waters, millions of tiny sea shells and cedar trees. Hop on one of the excursion boats that depart from Ierapetra (1 hour trip) and enjoy heaven on earth. 10.0

: The atmospheric tiny islet across the fishing village of Plaka, near Elounda, is a place of emotionally charged historic memory. Initially it was under Venetian and ottoman occupation and later on it became a lepers’ colony until its closure in 1957. It is also depicted in the famous novel “The Island” (gr. “To Nisi”) by Victoria Hislop. 9.0

: One of the most impressive caves in Lasithi, it is, according to the myth, the place where god Zeus was born. Located close to Psichro village, it used to be a prominent shrine of Minoan Crete. 9.0

: Among the many found in the Lasithi region, you can visit the Minoan settlements of Palecastro and Gournia (set in the same name villages) and the maritime Minoan centre at Mohlos (now a fishing village). Also, the well preserved Doric city of Lato (located near the mountainous village of Kritsa) and the ancient town of Itanos near Vai. Moreover, do visit the Archaeological Museums in Agios Nikolaos, Sitia and Ierapetra. 9.0

: It sounds scary, but it was simply named after the Minoan burial sites discovered there, among other important findings. The entrance of this beautiful gorge is outside the village of Epano Zakros. After two hours of hiking, you will arrive at its exit, the coastal village of Kato Zakros. There, you can swim in the beach of the same name and also visit the nearby Minoan palace of Zakros. *Other gorges in Lasithi include the pristine, enchanting gorge of Ha (accessible only by highly experienced climbers) and also the gorges of Perivolakia or Kapsas, Pefki, Sarakina, Kokkines Petaloudes, Lamnoni, Lapithos. 8.0

: Don’t miss the opportunity to participate in one of the local feasts organized in many villages of Lasithi throughout the summer. It is one of the best ways to embrace the Cretan culture and also its famous gastronomy. Try specialties such as boiled goat and mizithra cheese pies with honey, drink some raki and listen to the sounds of the Cretan lyre. 8.0

: Trekking, rock climbing, mountain biking as well as a variety of water sports offer both adrenaline and fun in the Lasithi prefecture. 7.0

: There are so many in Lasithi, but you can focus on historic Moni Toplou, near Sitia, famous for its masterpieces of Cretan art, hosted in the monastery’s museum. You can also visit the byzantine Church of Panagia Kera, close to Kritsa village, to see its rare byzantine frescoes. 7.0 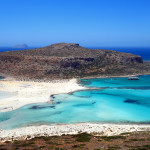 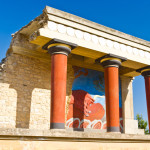 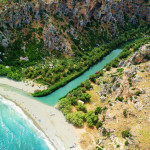