Kefalonia, the largest of the Ionian islands, is “painted” with the most vibrant tones of green and blue. Forests, mountains, cliffs, a marvelous coastline, vineyards and the scents of pine and herbs, underline its rich natural settings. In 2000 the island acquired even more international fame, as John Madden’s film “Captain Corelli’s Mandolin” was shot there.

Kefalonia is well-known for its beautiful beaches, the majority of which are organized, with Myrtos serving as its trademark beach worldwide. Furthermore, Mount Enos at 1628m is declared a national park, hosting a dense woodland of fir trees (abies cephalonica), while numerous impressive geological formations such as sinks and caves are scattered throughout the island. Tourism has developed respecting nature and Kefalonia is a very popular destination among Greek islands, yet it never feels overcrowded.

Its capital, Argostoli, is a modern, lively town of more than 10.000 people, which was rebuilt after the devastating earthquake of 1953, thus missing the Venetian touch of its former architecture, but remaining traditionally Greek. Lixouri, the island’s second largest town situated at the peninsula opposite the capital, is also popular and beautiful, with lovely beaches nearby. The local quality gastronomy (do try the sweet delicacy mandoles and the robola wine), the typical Ionian songs “kantades” and the outgoing personality of Kefalonians make the island even more special. Cosmopolitan but never snobbish, Kefalonia is always full of life, a wonderful place where you can enjoy the Greek sun and sea at their best.

Find more information on Kefalonia at the official website for Greek Tourism VisitGreece.gr

: Photogenic and unique, Myrtos one of the best beaches in the world. Enormous vertical cliffs, white pebbles that contrast with turquoise waters, sun beds and umbrellas available. On your way down to Myrtos, stop for a moment and admire the breathtaking view from above. 10.0

: Next to the port of Sami, lies this pebbled bay of Antisamos with luring green scenery that became the ideal setting for “Captain Corelli’s Mandolin” 9.0

: A “hidden” beauty with white sand and aquamarine waters. Platia Ammos is isolated, not organized, accessible by more than 200 steps to descend. 9.0

: Long, sandy and organized beach, found in the small fishing village of the same name. 8.0

: Golden sand, water sports, beach bars and lots of bathers that stay on until sunset can be found at Makris Gialos. 8.0

: Famous for its red sand, large and hospitable, with nice facilities. 8.0

: Lourdas is the beach of Lourdata village. It has white sand, great waters and many tourist amenities. Make sure, however, that you avoid it on a windy day. 7.0

: Among the island’s most famous beaches, it is in fact a peculiar rock formation, which according to the locals moved repeatedly until the 1953 earthquake. Its name in Greek means “the moving rock”. 7.0

: Melissani Cave is a definite must see, among the best attractions of all Greek islands. Take the boat tour of the cave and witness a magnificent 20m underground spectacle: ancient stalactites, strange rock shapes and a partly collapsed roof from which sunbeams change all shades of blue inside the water. 10.0

: While in Argostoli, take a stroll in the central square Platia Valianou and the Lithostroto, a lively pedestrian shops promenade. Also, visit the Archaeological Museum, the Korgialeneios Library (one of the biggest in Greece, with more than 55.000 volumes), the Folklore and History Museum and the church of Agios Spiridon. 9.0

: The charming traditional village of Assos is situated in a small peninsula, featuring the remains of a 16th century Venetian castle, a few tavernas, a lovely bay and houses almost intact by the earthquake. 9.0

: Picturesque and super popular, this seaside resort is a marvelous example of Ionian architecture, one of the few sites unharmed by the 1953 earthquake. Yachts’ and gourmands’ favorite. 9.0

: A fishing village, pebbly beaches and a small harbor are more than enough to assure the reputation as of one of the island’s top spots 8.0

: This municipality has archeological sites, springs, beaches, 17 caves and of course the port that connects the island with Italy, Ithaca and Patras. 7.0

: Check out the lighthouse of Agii Theodoroi (built by the British on a peninsula near Argostoli), the Venetian castle of Agios Georgios and the Monastery of Agios Gerasimos, the island’s patron saint (note that the monastery’s feasts take place on 15/8 and 20/10 - modest dress code is required here). 7.0

No text reviews of Kefalonia exist. You can be the first one to review Kefalonia. 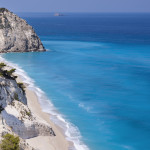 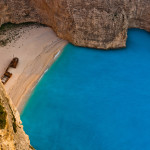 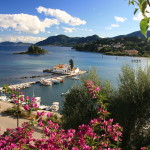