No wonder why Lindos, Rhodes’ prominent ancient city, is one of the top archaeological attractions found in the Greek islands. The settlement’s former grandeur and prosperity reflects mainly on its fortified acropolis. It stands at the top of a huge rock and embraces the ruins of the 4th c temple of Athena Lindia, the Ancient Theatre, the Propylea, the Hellenistic Stoa and the byzantine church of Agios Ioannis (the region also features the ancient monuments of the tomb of Kleovoulos and Archokratio). Under the acropolis, lies the village of Lindos, with Cycladic whitewashed houses, its trademark captains’ mansions, cobbled alleys and a lovely beach. It’s better to visit Lindos early in the morning, in order to avoid tourist masses.

No text reviews of Lindos exist. You can be the first one to review Lindos.
9.0
OUT OF TEN 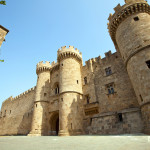 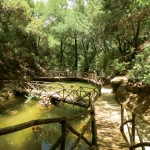 The Valley of the Butterflies (g... 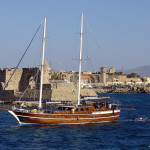 Daytrips to nearby islands 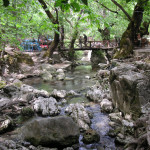 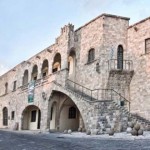